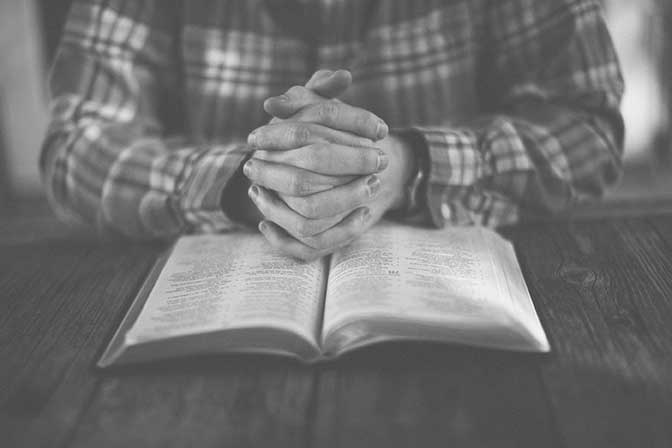 ‘I will have nothing to do with a God who cares only occasionally. I need a God who is with us always, everywhere, in the deepest depths as well as the highest heights. It is when things go wrong, when good things do not happen, when our prayers seem to have been lost, that God is most present. We do not need the sheltering wings when things go smoothly. We are closest to God in the darkness, stumbling along blindly.’

As we continue to examine the portrait of Jesus in John’s Gospel, we read of the time when he was approached by a father whose young son was dangerously ill. The man who was an officer in Herod the Tetrarch’s service, lived in Capernaum. Hearing that Jesus was in Cana, he went to see him.

Then Jesus (he) came again to Cana in Galilee where he had changed the water into wine. Now there was a royal official whose son lay ill in Capernaum. 47 When he heard that Jesus had come from Judea to Galilee, he went and begged him to come down and heal his son, for he was at the point of death. 48 Then Jesus said to him, “Unless you see signs and wonders you will not believe.” 49 The official said to him, “Sir, come down before my little boy dies.” 50 Jesus said to him, “Go; your son will live.” The man believed the word that Jesus spoke to him and started on his way. 51 As he was going down, his slaves met him and told him that his child was alive. 52 So he asked them the hour when he began to recover, and they said to him, “Yesterday at one in the afternoon the fever left him.” 53 The father realized that this was the hour when Jesus had said to him, “Your son will live.” So he himself believed, along with his whole household. 54 Now this was the second sign that Jesus did after coming from Judea to Galilee.

Reflect – Jesus regularly challenged people around him with the unexpected. Consider his response to the official’s question: “Unless you see signs and wonders you will not believe.” With these words he was throwing out a challenge to everyone listening (you, is plural) to ask themselves whether he was someone they could really trust – not just in life’s good times, but also in the tough times. It is the question Jesus asks each of us. Is he worthy of our trust? Can I trust him at the deepest level?

Look at the official’s response: “Sir, come down before my little boy dies.” And what did Jesus say? “Go; your son will live.” Apart from his words, Jesus gave the man no assurance. Yet the father believed him. What a test of the father’s faith! Would we have had such a faith?

As he went home the man learned that his son was completely healed at the hour Jesus had spoken – 1:00PM. Jesus had the extraordinary power to heal a sick boy, even at distance. The repetition of “Your son will live” in verses 50 and 53 emphasizes this. Consequently, the whole family believed. For them Jesus was more than a miracle worker.

This was a second sign pointing to Jesus’ unique power, a power we can only associate with God. John wants us to know that Jesus is God in the flesh – glory personified. God welcomes anyone whose faith in Jesus is real, small though that faith may be.

Prayer – Almighty God, you wonderfully created us in your own image and have now more wonderfully rescued and restored us. Grant us, we pray, that as your Son our Lord Jesus Christ was made in our likeness, so may we share his divine nature; we ask this through Jesus Christ, your Son, who lives and reigns with you and the Holy Spirit, one God, now and for ever. Amen. (1978 AAPB, Second Sunday after Christmas — adapted)