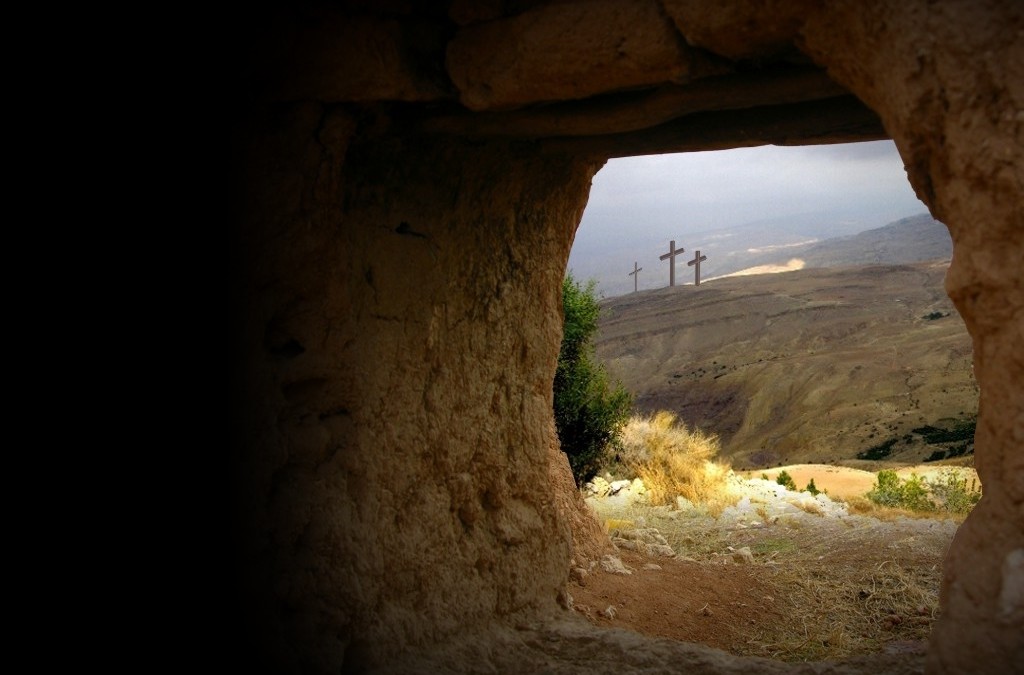 In recent years ‘new atheists’ such as Richard Dawkins and the late Christopher Hitchens have dismissed the miracles of the New Testament as fabrications. And when we think about it, to discredit the New Testament miracles is to discredit, for example, the signs of John’s Gospel and their witness to the uniqueness of Jesus as the Son of God, God in the flesh.

Our approach to the miracles depends on our presupposition. If we believe – and it is a belief – that everything about us is here by chance, then it is unlikely we will accept the occurrence of miracles. If, on the other hand we believe that there is a creator God behind our vast, complex universe, then it is consistent that God, if he chooses, can suspend the natural order of observable laws momentarily for a particular purpose.

17 When Jesus arrived, he found that Lazarus had already been in the tomb four days. 18 Now Bethany was near Jerusalem, some two miles away, 19 and many of the Jews had come to Martha and Mary to console them about their brother. 20 When Martha heard that Jesus was coming, she went and met him, while Mary stayed at home. 21 Martha said to Jesus, “Lord, if you had been here, my brother would not have died. 22 But even now I know that God will give you whatever you ask of him.” 23 Jesus said to her, “Your brother will rise again.” 24 Martha said to him, “I know that he will rise again in the resurrection on the last day.” 25 Jesus said to her, “I am the resurrection and the life. Those who believe in me, even though they die, will live, 26 and everyone who lives and believes in me will never die. Do you believe this?” 27 She said to him, “Yes, Lord, I believe that you are the Messiah, the Son of God, the one coming into the world.”

Reflect – Death is the ultimate irony, the absurd reality of life. Unless Jesus was deceiving Martha that day, he is only person who can do anything about it.

John has been telling us that the Jewish leaders in Jerusalem had attempted to stone Jesus for his apparent blasphemy (John 10:31). Leaving the city he travelled east of the Jordan. There he learned that his friend Lazarus, brother of Martha and Mary, was dying in the village of Bethany, near Jerusalem.

Hearing that Lazarus had died, and against the advice of his disciples who feared the Jewish leaders, Jesus returned to Bethany where he was met by Martha. Talking with her he made the amazing assertion: “I am the resurrection and the life. Those who believe in me, even though they die, will live, and everyone who lives and believes in me will never die.”

He didn’t say, ‘I promise resurrection and life;’ or ‘I procure’ or ‘I bring’, but ‘I am.’ Unless he is one with God his words are nothing but blasphemy. C.S. Lewis commented that Jesus was a liar, a lunatic or telling the truth. Jesus’ own resurrection was the event that changed the lives of the disciples and gave them a joy and a confidence that he is all that he claimed to be. It was their courageous witness, empowered by the Spirit of Jesus that changed the world.

The witness of the New Testament, the evidence of history, the existence of the Christian church all point to the conclusion that Jesus’ words are the truth. As he asked Martha that day, so he would ask you and me today, “Do you believe this?” And, if you do believe this, how will it affect your conversations with work colleagues, friends and family this Easter?

Prayer – Almighty God, you have conquered death through your dearly beloved Son Jesus Christ and have opened to us the gate of everlasting life: grant us by your grace to set our mind on things above, so that by your continual help our whole life may be transformed; through Jesus Christ our Lord, who is alive and reigns with you and the Holy Spirit in everlasting glory. Amen. (BCP, Easter Day)