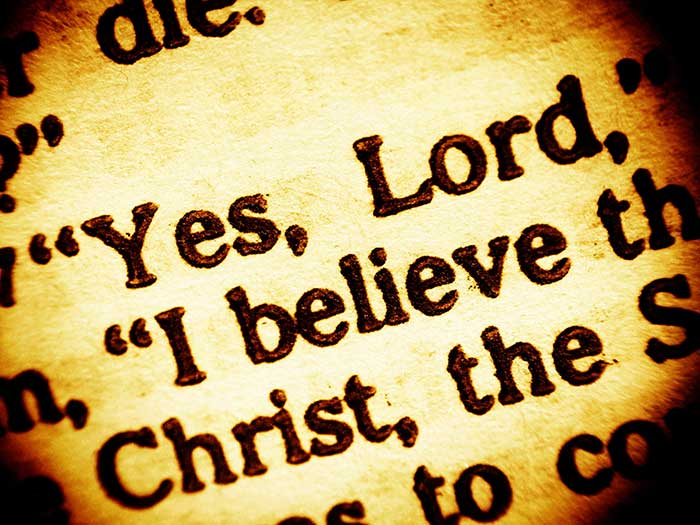 One of the interesting things that modern science has shown is that the universe fits into a single huge pattern. The same laws that control the fall of an apple, control the orbit of the moon. The same equation that describes the behaviour of an atom, can explain the inferno of the sun. This is why Stephen Hawking and others are looking for a theory of unification. We live in a universe, not a diverse.

Power. Jesus’s signs in John’s Gospel give us pause. The power at work in each event reflects the kind of power that lies behind the universe. Jesus’ creative ability to turn ordinary water into top quality wine in a moment, his healing from a distance of young boy at death’s door, his healing of a man paralysed for thirty-eight years, are all signs of a power far beyond the ordinary. It is supernatural. It all suggests that Jesus who walked in ancient Israel might be the logic, the intelligence, the wisdom who gives the universe its existence and rationality.

1 After this Jesus went to the other side of the Sea of Galilee, also called the Sea of Tiberias. 2 A large crowd kept following him, because they saw the signs that he was doing for the sick. 3 Jesus went up the mountain and sat down there with his disciples. 4 Now the Passover, the festival of the Jews, was near. 5 When he looked up and saw a large crowd coming toward him, Jesus said to Philip, “Where are we to buy bread for these people to eat?” 6 He said this to test him, for he himself knew what he was going to do. 7 Philip answered him, “Six months’ wages would not buy enough bread for each of them to get a little.” 8 One of his disciples, Andrew, Simon Peter’s brother, said to him, 9 “There is a boy here who has five barley loaves and two fish. But what are they among so many people?” 10 Jesus said, “Make the people sit down.” Now there was a great deal of grass in the place; so they sat down, about five thousand in all. 11 Then Jesus took the loaves, and when he had given thanks, he distributed them to those who were seated; so also the fish, as much as they wanted. 12 When they were satisfied, he told his disciples, “Gather up the fragments left over, so that nothing may be lost.” 13 So they gathered them up, and from the fragments of the five barley loaves, left by those who had eaten, they filled twelve baskets. 14 When the people saw the sign that he had done, they began to say, “This is indeed the prophet who is to come into the world.” 15 When Jesus realized that they were about to come and take him by force to make him king, he withdrew again to the mountain by himself.

Reflect – On the occasion we read about here, Jesus stunned everyone by producing sufficient food for a crowd of 5,000 from five loaves of bread and three fishes. It was Passover time, the time when everyone remembered the liberation from Egypt God had provided for his people.

We can only begin to feel the significance and impact of the crowd’s response: “This is indeed the prophet who is to come into the world.” They saw Jesus as a ‘Moses’. Could he liberate them from Roman rule? But, in his withdrawal from the crowd (6:15) we see he had another plan.

Food. The miracle of turning the bread and the fish into more than sufficient food to feed the crowd was a sign of Jesus’ capacity to feed our deeper spiritual need and give us food for life.

Prayer – Raise up your great power, Lord, and come among us to save us; so that, although through our sins we are grievously hindered in running the race that is set before us, your plentiful grace and mercy may speedily help and deliver us; through the sufficiency of your Son our Lord, to whom with you and the Holy Spirit be honor and glory, now and for ever. Amen. (BCP, Advent 4 – adapted)