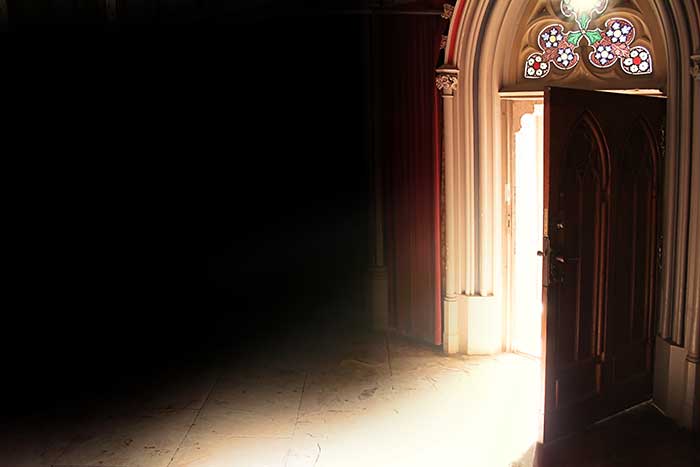 The world was appalled to learn last Thursday of yet another atrocity carried out by al Shabab terrorists in Kenya: 147 students at Garissa University were shot and killed because they indicated they were Christians. In recent years al Shabab has been responsible for killing hundreds of Christians in Kenya. On Good Friday, the Anglican Archbishop of Kenya requested prayer for the grieving families. He also called upon governments to act with wisdom and determination to bring to an end the current terrorism.

But, as I said in my Easter Day sermon at Christ Church New York City, there is a tragic irony. On Wednesday last week, the London Telegraph reported the former British Education Secretary, Michael Gove as saying: To call yourself a Christian in contemporary Britain is to invite pity, condescension or cool dismissal. “In a culture that prizes sophistication, non-judgmentalism, irony and detachment, it is to declare yourself intolerant, naive, superstitious and backward. He was also reported as saying: Christians in Britain are being cowed into hiding their faith for fear of being viewed as a ‘bigots’… or simply fools…  Were the students in Kenya simply naïve in saying they were Christians, especially in the face of certain death?

26 A week later his disciples were again in the house, and Thomas was with them. Although the doors were shut, Jesus came and stood among them and said, “Peace be with you.” 27 Then he said to Thomas, “Put your finger here and see my hands. Reach out your hand and put it in my side. Do not disbelieve but believe.” 28 Thomas answered him, “My Lord and my God!” 29 Jesus said to him, “Have you believed because you have seen me? Blessed are those who have not seen and yet have come to believe.” 30 Now Jesus did many other signs in the presence of his disciples, which are not written in this book. 31 But these are written so that you may come to believe that Jesus is the Messiah, the Son of God, and that through believing you may have life in his name.

Reflect – One of the encouraging things about the Christian Bible is its downright honesty – not least about its heroes. Thomas, one of Jesus’ first followers expressed his frustration at the Passover meal when Jesus said he was going away: “We don’t know where you are going. How can we know the way?” Thomas wanted clear and concrete answers to perplexing questions.

He had not been with the other ten when Jesus appeared to them on the day that changed the world – the day of Jesus’ resurrection. This may be why he could not at first accept the fact that Jesus, whom he had seen crucified, was now alive. Unless I see the nail marks on his hands and put my fingers where the nails were… I will not believe, he said.

A week later when Jesus appeared again to the disciples Thomas was present. Jesus responded to Thomas’s unbelief: Put your finger here and see my hands, he said. Reach out your hand and put it in my side. Don’t disbelieve but believe.  Unbelief was Thomas’s problem, not ‘doubt’, for doubt is not the opposite of belief. Indeed, Jesus commends the millions who would come to believe without seeing – suggesting that to believe in him is to see.

Thomas, experiencing first hand an unexpected joy, and without touching Jesus, responded, My Lord and my God! It was the testimony of an eyewitness, a perfect confession of faith.

John concludes the chapter by summing up the purpose of his book: These things are written so that you may know that Jesus is the Christ, the Son of God, so that believing you may have life in his name. Jesus had brought Thomas from unbelief to belief, and that belief brought hope.

Let us thank God for the courage the Kenyan students showed last week in declaring their faith in the face of death. Let us pray for the same kind of faith and courage to testify to Jesus and his resurrection.

Prayer – Eternal God, who strengthened Thomas your apostle, when he was disbelieving, with sure and certain faith in the resurrection of your Son our Lord Jesus Christ: so grant that we may not be faithless but believing, until we come to see our Savior in his glory face to face; who lives and reigns with you and the Holy Spirit, one God, now and for ever. Amen. (BCP, Collect for St Thomas’s Day – adapted)