Day 38. The Assurance of Hope 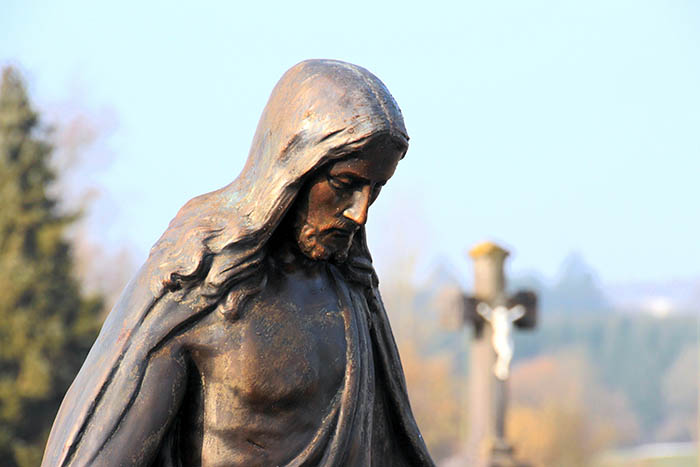 32 Two others also, who were criminals, were led away to be put to death with him. 33When they came to the place that is called The Skull, they crucified Jesus* there with the criminals, one on his right and one on his left. 34Then Jesus said, ‘Father, forgive them; for they do not know what they are doing.’ And they cast lots to divide his clothing. 35And the people stood by, watching; but the leaders scoffed at him, saying, ‘He saved others; let him save himself if he is the Messiah* of God, his chosen one!’ 36The soldiers also mocked him, coming up and offering him sour wine, 37and saying, ‘If you are the King of the Jews, save yourself!’ 38There was also an inscription over him,* ‘This is the King of the Jews.’

The scene around Jesus’ cross was gruesome. He was naked, exposed to the idle curiosity of the crowd and the vulgar frivolity of the soldiers. They offered him wine and made a party of it. “If you are the king of the Jews,” they taunted, “save yourself.” Above Jesus’ head Pilate had written the charge against him: ‘King of the Jews.’ That too brought its own ridicule and scorn, for a cross is a pretty strange throne.

Yet the extraordinary thing is that unlike one of the men crucified with him, Jesus did not curse his tormentors. There was no spirit of revenge. Instead he prayed: “Father forgive them, for they do not know what they are doing.” Many have wondered about these words. Everyone knew he was innocent. Some have suggested he was praying for the soldiers, but if that were the case he would have said, “Father, understand them,” not “Father forgive them.” The soldiers were doing their duty.

We need to consider the larger Gospel narrative and Jesus’ words, “For the Son of Man has come to seek and to save the lost” (Luke 19:10). As Jesus was dying he was praying that God would forgive ignorance of the truth. He was praying for those around him and also for you and me.

We can be sure of this for when the first Christian sermon was preached on the Day of Pentecost, three thousand responded to Peter’s announcement that Jesus was God’s promised Messiah: they repented and were baptized (Acts 2:38). In the days that followed another five thousand received Jesus as their Lord and Savior (Acts 4:4), including many priests (Acts 6:7). God continues to hear the prayer of Jesus on that first Good Friday for our family, our friends and for New York City.

Let me encourage you to pause and pray