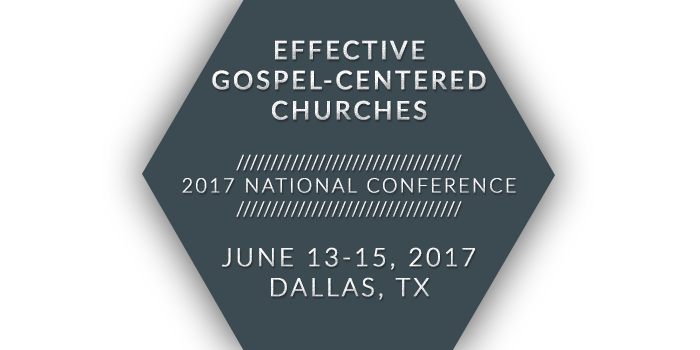 ‘A dog’s breakfast’. During a recent conversation in the UK, a casual observer used that phrase to describe to me the Anglican Church in the United States of America. The fracture in the global Anglican Communion is most acute in the States, where the Anglican Church of North America (ACNA) has been set up as a parallel Anglican province, bringing together the various Anglican groups that have been forming over the last twenty years or so – such as the Nigerian based, Convocation of Anglicans in North America (CANA). However, the gospel clarity of the 16th century English Reformers – expressed in the Thirty-Nine Articles and the 1552 Prayer Book – is not yet found in North American Anglican structures. This is why the formation of the Anglican Connection is important.

Initiated by John Mason[1] among others, the Anglican Connection works outside the formal structures of the Anglican Church. It is an affiliation of like-minded gospel-focused ministers and church leaders who are committed to making disciples of Christ and whose ministry is grounded in the Scriptures and framed by the riches of the English Reformation. (See: www.anglicanconnection.com) With this in mind, it was a privilege and honour to be invited to present a paper at the Anglican Connection Conference in June.

The conference was held in Dallas, Texas, and was well attended by ministers and lay folk from across the States and further afield (including Colombia and Cairo, Egypt!). The theme of the conference was how to be more effective as Gospel-centred ministers in light of the truths of the Reformation. As such, the five solas provided a framework for the various Bible studies and keynote addresses delivered across the two days.[2] Many of these were given by Australians, which served to strengthen our ties of fellowship with our American brothers and sisters.

Paul Barnett addressed the subject of Solus Christus under the title: ‘Good News that is also True News’.[3] Paul’s defence of the scriptures as historically reliable underlined the centrality of Christ in our faith and ministry. John Yates III (Holy Trinity Anglican Church, Raleigh, North Carolina) spoke on Sola Scriptura. He confronted us with ‘The Challenge of Biblical Illiteracy’, which is just as prevalent in secular society as it is in the Western Church for ordained and lay folk alike. Dr. Felix Orji (Bishop of CANA West) combined Sola Fide and Sola Gratia in his paper. The Nigerian explained that faith alone does not save, but only faith in Christ alone saves. Dr. Orji also provided us with possibly the most memorable quote from the conference: ‘Original sin is like a beard within us; we are clean shaven today but tomorrow it grows out again’.

John Mason rounded off the solas by speaking on Soli Deo Gloria. He spoke about God’s revealed glory culminating in Christ. John also touched on how Thomas Cranmer weaved this into the liturgy for Communion in the 1552 edition of the Book of Common Prayer. One of the gems of John’s presentation was to learn that the Collect for Purity that introduces the Communion service should be considered as Cranmer’s renovation of the epiclesis[4]; a conclusion he came to after discussing the question with Donald Robinson many years ago. This means that it is the believer’s heart that is spiritually renewed and transformed during the Lord’s Supper, not the physical bread and wine.

Peter Mayrick gave an excellent presentation and workshop on how to be more effective in ministry. Peter drew on a huge amount of research and statistics gathered through his role with Effective Ministries through the Centre of Ministry Development at Moore College.[5] One of the most sobering was the lack of time ministers spend in personal daily devotions. Neglecting to read God’s Word and pray beyond sermon/small group preparation is the number one factor in minster burnout, Peter told us.

To cap things off, the Getty Music team, led by Keith and Kristyn Getty (composers of ‘In Christ Alone’ and other modern hymns), led the conference in music and song. Their high-quality, biblical and gospel-focused lyrics and exemplary music was a fitting complement to the conference theme of ‘Gospel-centred ministry’. Keith also gave two excellent workshops on church and music, with Kristyn speaking about the importance of teaching our children hymns. The Getty’s likened this practice to buying shoes half a size too big so that your children will grow into them; we should teach our children deep theological truths through song, so that they will grow into them.

All in all, there is much to thank God for. The significance of this conference was expressed in the tears of one local minister who thanked John Mason for his leadership, continued pastoral support and biblical encouragement. As the unity of the global Anglican Communion becomes increasingly untenable, the need for the fellowship of the Holy Spirit within our denomination becomes more real. The Anglican Connection is one such manifestation of this fellowship. Please keep praying for God’s Church in America.
—–

[1]John is the former rector of St Clement’s Mosman in Sydney and the founding minster of two Anglican Churches in Manhattan, NY.
[2] Audio recordings of all sermons and papers delivered at the conference are available at: http://anglicanconnection.com/anglican-connection-conference-recordings/
[3] The text of this talk can be accessed here: http://paulbarnett.info/2017/06/god-news-that-is-also-true-news/
[4] The epiclesis is the part of the Roman Catholic Eucharist service in which the presence of the Holy Spirit is invoked to bless the elements or the communicants. The draft Anglican Church of North America liturgies continue the wording of the 1549 service where the Spirit is called upon to ‘bless and sanctify’ the elements of bread and wine, that they ‘might be unto us the body and blood’ of Christ. Cranmer removed this in his 1552 Service of The Lord’s Supper’
[5] https://cmd.moore.edu.au Since 2014 Steve Tong has been undertaking research for a PhD at Cambridge University on ‘Evangelical Ecclesiology and the English Liturgy during the Edwardian Reformation, 1545-1555’. Steve writes: My wife, Bettina, and three children, Sophie, Benjamin, and Edward, have come along for the ride, and we’re all enjoying our time in this great little town.